Considering insolvency can be a tricky decision to make for any business owner, with some ‘throwing in the towel’ too early to avoid a prolonged period of worry. Jo Ford, head of restructuring and insolvency at Cripps, highlights other options that distressed businesses may have – which could save both the business and the headache 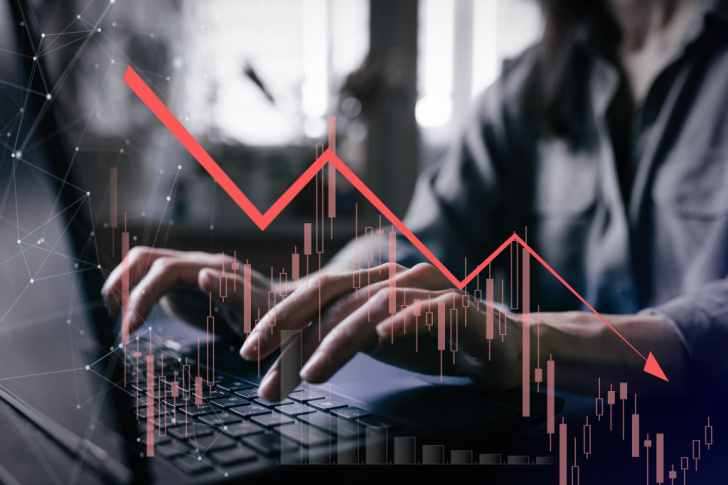 Insolvency is a worrying topic for anyone involved in running a business, and a common perception is that it signifies the end of the road for the company. Liquidation is indeed a terminal event for a company, but it is not the only option. This article looks at the alternatives, which can offer a lifeline to struggling businesses and enable their survival. Administration and company voluntary arrangements have been around for several decades, but there are two new restructuring tools – the ‘Part A1 moratorium’ and restructuring plan – that were introduced by legislation enacted during the pandemic[1] and which are both designed to allow a company to continue trading under its existing management.

Administration is often confused with liquidation but is a very different beast. Both processes entail the reins of the business being handed over to qualified professionals (insolvency practitioners), but whilst liquidation results in the cessation of trade, the primary purpose of administration is to rescue the business as a going concern. This can involve the sale of assets or rationalisation of the business, with the company then being handed back to the directors to continue trading. In most cases, this is not possible, however, and the next best option is for the administrators to sell the entire business and assets to another legal entity, who then continues trading under the same name. This is what happened with HMV in 2013 and again in 2018, and many people were unware that the company had entered administration as there was no interruption to trading (although there were store closures and associated redundancies). Administration continues to be an attractive option for viable businesses that have severe cash flow issues, as the process for appointing administrators can be completed extremely quickly by simply filing the prescribed documents at court.

Company voluntary arrangements or CVAs have grown in popularity over the past few years, with many household retail and restaurant chains using them to compromise their debts – Debenhams, House of Fraser, Pizza Express and Prezzo are a few examples.  Creditors are invited to vote on the CVA proposal, which sets out the anticipated return they will receive if the CVA is successful – this is invariably better than in a liquidation or administration to encourage creditors to support the proposal. 75% of creditors need to vote in favour of the proposal in order for it to be approved, and it then binds all creditors including those who voted against it or who didn’t vote at all. A CVA is often used to escape unprofitable shop or restaurant leases – the affected landlords are given the option of either accepting the CVA and a reduced rent or taking back the premises and having to find a new tenant. Unlike administration, in a CVA the directors stay in control of the company, with supervision from an insolvency practitioner who ensures that the agreed terms are being followed. Crucially, there is no investigation by the Insolvency Service and no risk of disqualification for the directors, as is the case in both liquidation and administration.

This is a standalone moratorium that prevents legal action from creditors and provides breathing space for a company to stabilise and address its financial issues. There is also an automatic moratorium in administration that lasts for the duration of the administration, but the difference with the Part A1 moratorium (so called because of its place in the Insolvency Act 1986) is that there is no accompanying insolvency process. As with a CVA, the company continues trading under the direction of its existing management, and an insolvency practitioner acts as a monitor to ensure that the relevant rules are being followed. The company benefits from a payment holiday in relation to debts that arose before the moratorium came into effect but must continue paying debts accrued during the moratorium period. Importantly, certain pre-moratorium debts must also be paid, including wages and debts relating to financial services e.g. bank loans. The moratorium also doesn’t prevent enforcement action by financial creditors.

The moratorium lasts for 20 business days with the option to extend for a further 20 business days with creditor consent.  Further extensions require the consent of creditors or the court and cannot exceed 12 months in total. Only around 30 companies have used the Part A1 moratorium so far, suggesting that it is perhaps only suitable in a limited number of circumstances. The requirement to continue paying finance creditors in particular could mean it is not a viable option for companies with severe cash flow issues, and the initial moratorium period of 20-40 business days may be too short a period to prepare a restructuring and rescue.

A restructuring plan is similar to a CVA proposal in that it contains terms that typically reduce the amount that creditors will ultimately receive. The difference is that whilst a CVA is an out of court process, a restructuring plan requires two court hearings and the ultimate sanction of the court, which must be satisfied that the plan is ‘fair and equitable’ to creditors. Unlike a CVA, a restructuring plan can also be imposed on classes of creditors who do not meet the requisite 75% approval threshold. Known as a ‘cross-class cram down’, the court will be prepared to sanction a plan in these circumstances where the class of creditor being crammed down would be no worse off than in the relevant alternative (usually liquidation or administration) and at least 75% of another creditor class who would receive a payment in the relevant alternative have approved the plan.

Restructuring plans are very complex and run to hundreds of pages. They also require significant input from lawyers due to the court hearings that are required, and so are extremely expensive.  Only around 12 companies have used a restructuring plan since they were introduced, and most have been for large PLCs – Virgin Atlantic Airways and Virgin Active Holdings are two examples.  In June this year, however, a restructuring plan was sanctioned for an SME with less than £10 million of debt and rumoured legal fees of around £100,000 (broadly equivalent to a CVA proposal for a similar sized company). This makes restructuring plans a viable and useful alternative to administration or CVAs to add to the restructuring toolkit.

Financial distress is a time of crisis and swift action is needed in order to give the business the best chance of survival. Advice from a suitably qualified insolvency practitioner is critical to ensure that directors act in accordance with their legal duties and in the best interests of creditors.

[1] Corporate Insolvency and Governance Act 2020, which came into force on 26 June 2020 and was the most significant change to the UK’s corporate insolvency regime in 20 years.

How will a recession affect the insolvency and litigation landscapes?
Risk & Economy

How will a recession affect the insolvency and litigation landscapes?

4m Helen Young and Nishma Chudasa...
Fraud on a company: Which route to take - Insolvency or Civil Fraud?
Fraud

Deal or no deal, finance directors need to tread carefully